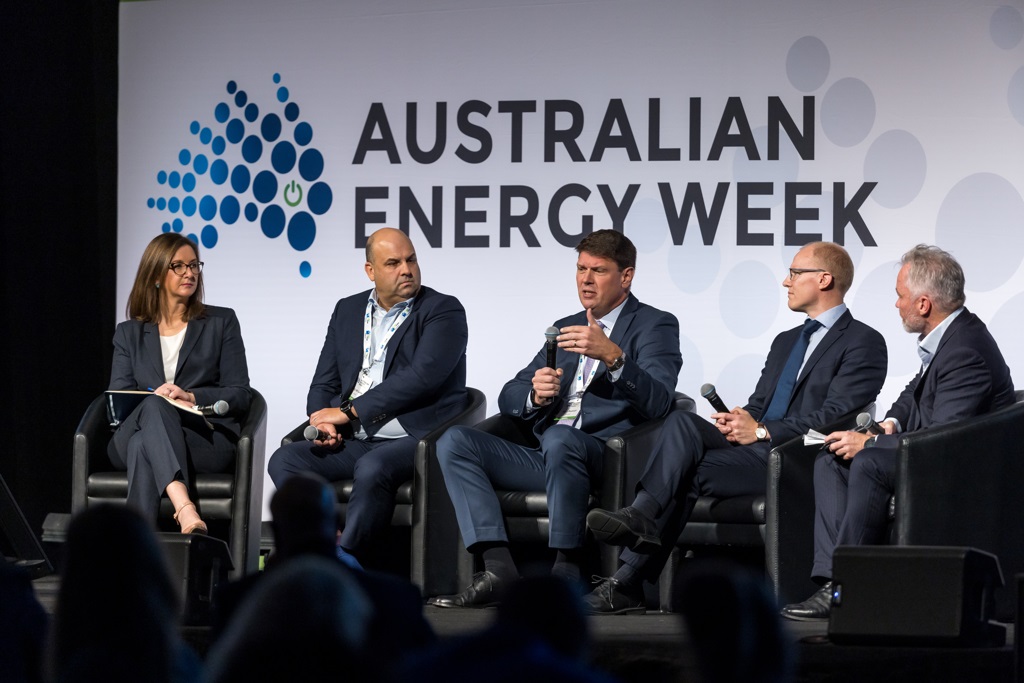 A pathway out of Australia’s energy crisis

At Australian Energy Week 2022, one message was clear: Australia needs to accelerate the push towards establishing renewable hydrogen as a key energy source. Hydrogen will prove critical in helping the economy meet net-zero emissions targets while maintaining energy security, reliability, and affordability. 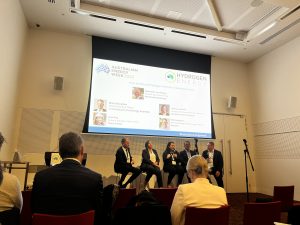 This annual energy conference could not have arrived at a more pivotal time, with the nation battling an energy supply and affordability crisis.  It provided a chance to hear from industry leaders who are shaping the current and future energy supply chain, including generators, networks, retailers, end-users and government.

The conference discussions focused on the potential of renewable hydrogen to help solve some of our current energy and emissions reduction challenges – and how to help the industry develop, from project investment and economics to infrastructure, technological advancement, and stakeholder engagement.

Michelson Alexander’s four key learnings from the Australian Energy Week conference are below:

Does hydrogen have the potential to become a mainstream fuel?

While addressing the obstacles, the panellists focused on what’s required to accelerate renewable hydrogen into Australian homes. They acknowledged there was a lack of investment and infrastructure currently available to make hydrogen a mainstream fuel and attributed this to several factors.

One was fluctuating government energy policies resulting from years of climate inaction. Ring pointed to Germany, whose firm energy policies set clear pricing and timeframe targets, allowing the renewable industry to work within the confines of those settings and advance their projects.

The second factor was stakeholder engagement and perception. Government, industry, and end-users currently share polarising views on the uptake of hydrogen, spurred on by the increasing debates about the benefits of electrification compared to the benefits of hydrogen. The panellists all agreed that these public debates, while an important and necessary component of democratic process, are delaying the hydrogen network from getting off the ground. This is despite renewable gas supporting Australia’s decarbonisation agenda.

Later in the day, Vikram Singh from the Australian Gas Infrastructure Group (AGIG) reinforced the importance of stakeholder engagement, particularly with end users, who will ultimately dictate the future of hydrogen in Australia. Singh emphasised that a hydrogen future will not be possible without reassuring end users that green, zero-emissions hydrogen is reliable, safe, and cost-effective in the long-term.

“This journey is going to be difficult…With all these energy transitions, you’ve got to get the community right behind you,” Singh said.

The third factor identified by the panellists was the economics behind establishing hydrogen as a mainstream fuel. Most of the hydrogen projects are in their infancy, waiting for financial support to get started. With the right amount of investment, the renewable hydrogen industry can take off.

Industry will need to lead the way

Mark McCallum from Low Emissions Technology Australia surmised a view that became clear during the conference in one sentence.

“We’re not assuming any kind of government support around energy,” he said.

The panellists maintained that inaction at the federal level has delayed progress, and that the energy industry needs to go further than government to meet net-zero emissions targets as soon as possible.

They are not “banking” on government support because there’s no time to wait. Except for certain projects like liquified hydrogen which need government support to advance to the next phase in 2026, or certain policy decisions that could accelerate the hydrogen industry, everyone agreed that the time to move is now. Waiting will only create more damage.

In relation to establishing a stable hydrogen grid that will transfer and deliver renewable hydrogen across the country, Ring and Underhill implored industry experts in the room to not get bogged down by finding the perfect roadmap. They believe industry needs to know it’s heading in the same direction together, something that hydrogen discussion at Australian Energy Week helped to confirm.

2050 targets are too little, too late

Felicity Underhill from Fortescue Future Industries made the powerful point that net-zero emissions by 2050 is simply not good enough. Underhill criticised Australia’s past reliance on fossil fuels and coal-fired power. She said that coal has come at a cost, in more ways than one.

“It is not cheaper for our children, our grandchildren. It’s not cheaper for this land. We need to get ourselves off there to find a way that we can use renewable resources instead and consider the whole lifecycle costs.”

Additionally, AMPOL CEO Matthew Halliday, who outlined how AMPOL aims to embrace renewable hydrogen, emphasised the need for government and industry to introduce better decarbonisation policies because 2050 is far too late.

AMPOL is aiming for net-zero emissions on an absolute basis by 2040, if not earlier. AMPOL’s commitment is encouraging for the future of Australia’s heavy load transport, such as trucks, ships and potentially, aviation. Halliday reiterated that heavy load transport can’t sustainably operate on electricity, so hydrogen must enter the fold as a coal substitute.

Current projects that symbolise the future of hydrogen

While there was much discussion around projects in their infancy, AGIG was able to point to the success of their current projects, such as the Hydrogen Park in South Australia which houses the largest electrolyser (1.25mw) in Australia.

This electrolyser has been in operation for over a year, blending 5% hydrogen gas into 700 homes in the suburb of Mitchell Park.  This site has shown that hydrogen is safe and can be blended into current networks, unlike other energy solutions.

Following the success of the SA Hydrogen Park, AGIG has received approval and funding for a larger electrolyser in Murray Walley near Albury/Wodonga which is on track to commence construction this year. The electrolyser will blend 10% hydrogen gas into 40,000 homes in Wodonga/Albury’s current networks by 2024, without residents noticing a difference in supply or cost. There is also a shovel-ready project in Wagga Wagga awaiting final approval from the NSW government.

“If we can do Wodonga, we can do all of Melbourne,” Singh said, offering an insight into the future of renewable gas in Victoria and the rest of Australia.

Although 10% blending seems like a small step, Singh insisted it was a huge step towards scaling up production and supply. AGIG’s vision is to have 10% hydrogen blending across all networks by 2030, and full hydrogen conversion by 2040, or 2050 at the latest.

“It’s all about scaling up and making sure we normalise and socialise renewable hydrogen being blended into our networks,” Singh said.

If your company is wondering how to navigate the current energy crisis and tackle the public discourse on renewable energy, feel free to get in touch with us about how we can help you.