Who’s new in the parliamentary zoo?

Within 3 hours and 5 minutes of being sworn in as the 31st Prime Minister of Australia, Anthony Albanese jetted off to Japan for the Quad meeting with the leaders of India and Japan, as well as U.S. President Joe Biden.

At the time of writing, Labor needs to claim two of the four undecided seats in the House of Representatives to govern with a clear majority.

Far murkier is the Senate, where the exact results could take weeks to determine. At this stage, Labor will need to rely on 14 crossbench senators to pass its legislative agenda.

Featuring a raft of new women, including several from diverse backgrounds, the 47th Parliament of Australia will be unlike anything we’ve ever seen before.

As the final votes are counted, and the dust settles on Saturday’s election result, we take this opportunity to introduce you to the key figures who will heading to Canberra, from the Prime Minister himself, to the “teal” independents and a former Wallabies flanker known in Rugby circles as “Bam Bam”.

Anthony Albanese, the 31st Prime Minister of Australia & the Member for Grayndler 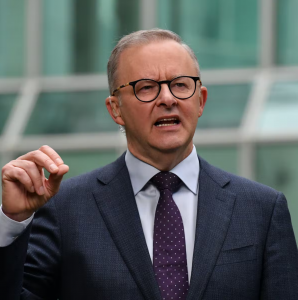 Though Albanese is a 26-year parliamentary veteran, no assessment of the new parliament would be complete without a closer look at the Prime Minister.

Albanese will likely become just the fourth Labor leader to claim majority government since World War II after Gough Whitlam, Bob Hawke, and Kevin Rudd, and his journey is one of firsts.

It’s been well publicised that Labor deliberately pursued a small target strategy following the surprising loss of Bill Shorten in 2019.

This presents opportunities for organisations to work with the incoming government to fill in the detail of policies and funding commitments that are yet to be determined.

When it comes to foreign policy, Albanese will continue to operate similarly to his predecessor. That is so far evidenced by Labor’s decision to turn an asylum seeker boat back to Sri Lanka, endorse the US-Australia alliance, and continue the Coalition’s national security rhetoric regarding China.

It is also notable that Albanese has promised stronger action on climate change, and to push for better gender equity across society, which are issues he will have to follow through on because of those who will be joining him in Canberra. 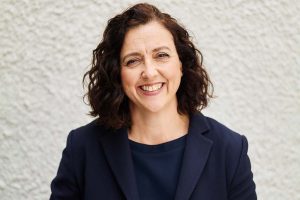 The biggest story of this election is undoubtedly the success of the “teals”, so named because they are fiscally conservative (like the Liberal Party) but hold green views on climate change.

Given their platform, the success of these six women in traditional Liberal Party strongholds is a direct rejection of the Morrison Government’s policy on climate change, and its response to women’s issues in recent times.

Ryan, Daniel, Scamps, Chaney, Tink and Spender are among the 20 candidates supported by Climate 200, a crowdfunding effort founded in 2019 by multi-millionaire Simon Holmes A Court. Climate 200’s stated aim is to support pro-climate, pro-integrity, and pro-gender equity candidates.

Though they are technically independent from one another, the fact these six women solicited funding from the same source means they are likely to align on policy positions and political strategy.

Expect them to hold the government to account on these issues, working alongside incumbent independents including Zali Steggall, Andrew Wilkie and Helen Haines. But leaving aside media commentary, the effectiveness of the teals from a legislative and strategic perspective will mostly be determined by whether Labor’s expected majority in the House of Representatives, outlined above, comes to fruition.

Perhaps the most immediate impact of the teals became evident in Albanese’s remarks immediately after his swearing in.

With more women elected, the Prime Minister promised to run a “family friendly” parliament, saying he was mindful of school holidays and when they fall. Hopefully this represents step one of the Albanese government’s response to the concerning findings of the Sex Discrimination Commissioner’s recent report into Federal Parliament as a workplace, appropriately titled “Set the Standard”.

David Pocock, Senator for the ACT

David Pocock won’t be the first former athlete to grace the halls of Parliament House, but he will be the first independent Senator for the ACT, which has two seats that are traditionally held by the major parties. While originally seen as a threat to both the Labor and Liberal incumbents, he is expected to defeat Coalition Senator Zed Seselja on preferences.

Dogged on the field during his 91-Test career with the Wallabies, Pocock was equally dogged in his pursuit of social justice off it. Known as “Bam Bam”, the former flanker famously chained himself to mining equipment in 2014 to protest a new coalmine and was among the players who paused during a Super Rugby match to protest the use of homophobic slurs by an opponent.

The likely composition of the Senate means that Labor, if supported by the Greens, would need just a vote or two to pass legislation. That means that Pocock, once renowned for passing the ball, could become notable as the passing vote for Albanese’s agenda.

Depending on the success of his political trajectory, Pocock could consider running a second candidate for the Senate in the ACT, not unlike Jacqui Lambie in Tasmania, whose popularity poses a potential future threat to Labor incumbent Katy Gallagher.

In the immediate term, though, supporting Labor’s legislative agenda is not a responsibility Pocock will take lightly. Like the teals, the Pocock campaign accepted funding from Climate 200, which means he’ll be pushing the government on climate change.

Burney has already called the election of six First Nations Labor parliamentarians “historic” and flagged that it would assist Labor Caucus on Indigenous policy.

The impact of this representation was again made immediately clear in Albanese’s first press conference as prime minister, where he placed the Aboriginal and Torres Strait Islander flags alongside the Australian flag in a move originally introduced by former Opposition Leader Bill Shorten that is expected to become commonplace across government.

Although debate is emerging around the timing and sequencing of the reform, Albanese also reaffirmed his commitment to constitutional recognition of Indigenous Australians, including the Uluru Statement from the Heart.

Independent Dai Le’s victory over former NSW Premier Kristina Kenneally in the seat of Fowler was telling. It showed that marginalised members of the Asian community want greater representation in politics. Put simply, Kenneally – a very talented former NSW Premier who was parachuted in by Labor’s National Executive – was ultimately rejected in this culturally diverse seat.

Dai Le, who fled Vietnam by boat and came to Australia when she was seven, joins Sally Sitou, Cassandra Fernando, Dr Michelle Ananda-Rajah and Sam Lim in parliament for the first time, taking the total number of Asian-Australians from four to nine.

Her meteoric rise from local councillor is a reminder that Labor cannot take its safe seats for granted, a thought that Holmes A Court’s teal campaign will no doubt explore seriously in the lead up to November’s Victorian election and the next Federal election.

What about Legalise Cannabis Australia? 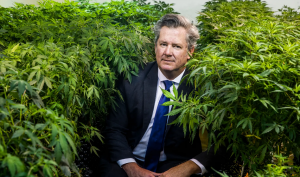 The final Senate seat in Queensland was Pauline Hanson’s to lose heading into this election, and though she looks likely to hold on, it’s perilously close to being snatched by an unlikely source.

Formerly dubbed the Help End Marijuana Prohibition party, Legalise Cannabis Australia performed strongly in several states, especially Queensland, where it gained more than 6% of the primary vote. The micro party, as its name suggests, is pushing for marijuana to be legalised.

Lead Queensland candidate for the party, Bernie Bradley, is a 52-year-old criminal defence lawyer from Noosa who told the SMH that his personal politics are “somewhere between Labor and the Greens”.

If Bradley does squeeze in on preferences, he could end up a key player in the upper house and see an end, even if only temporary, to the One Nation party in Federal politics. Clive Palmer’s United Australia Party has already suffered that fate, failing to gain a seat at this election despite spending $60 million.

What next for the Coalition, and the Greens? 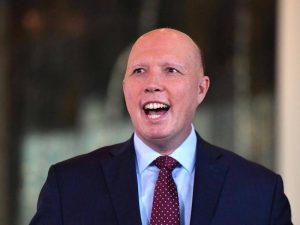 With Scott Morrison defeated, the Coalition will shortly elect a new Opposition Leader. Former Treasurer Josh Frydenberg has been dumped by his electorate which means former Defence Minister Peter Dutton will take the leadership, although Dan Tehan, and Susan Ley are touted as potential alternatives.

The Greens, meanwhile, are now the third-biggest party, with a primary vote that increased nationally by 1.9% to a total of 12.3%. They’ve gained two lower house seats and remain in the running for two that are still too close to call.

Party leader Adam Bandt has also won re-election and will return to Canberra with a firm belief he has a mandate for action on climate change, and on inequality. The result of this election, which is Bandt’s first as party leader after taking over from Richard Di Natale in 2020, reaffirms his status not only as leader, but also as the party’s standout performer. Overall, the Greens will be emboldened by last Saturday night’s result. Watch as they expand their reach at all levels of politics over the next few years.

What does it all mean for you?

As the new parliament settles in and considers legislation, we’ll be keeping an eye on all these new faces, how they position and the risks and opportunities this presents for your organisation. Whether you need help making sense of the personalities and the political climate or need to navigate the complex regulatory environment that is our Federal Parliament, Michelson Alexander is on hand to help.

Get in touch with our team of experts here!