The Campaign Trail – who will win the US election?

Our predictions for the US Election 2020

The 2020 US presidential election, to be held next Tuesday 3 November, will be one of the most closely watched in history.

Will Donald Trump, the controversial Republican incumbent, be given a second term, or will he become the first one-termer since George H.W. Bush was booted out in 1992?

A record-shattering number of votes have already been cast, with pundits predicting a high turnout and a win for Joe Biden, the Democratic nominee, and his running mate, Kamala Harris.

But, as we learnt in 2016, the infamous electoral college can make even the surest political predictions look like folly. While Hillary Clinton won the popular vote by more than 3 million, Trump won where it counts, ending with 306 electoral college votes to Clinton’s 232.

National polls had Hillary ahead in the lead-up, and this time, they have Biden in a similar position. But state by state polling is less clear and Trump is pulling ground back in a number of “must-win” areas.

As a strategic communications firm that works at the nexus of policy, politics and public affairs, we have been discussing the US campaign trail and predicting how things will play out on election day. Below, I ask some of our Michelson Alexander consultants to review the strategy and media stories that have dominated the headlines in the lead up to next week’s election before providing my own prediction.

Are we on the money?

I’m keen to hear your thoughts and always – if you’re interested in discussing how communication campaigns can support the strategic objectives of your organisation, don’t hesitate to get in touch.

“Two weeks out from polling day, more than 35 million votes had been cast. 25% of Democrats and 19% Republicans who requested mail ballots had returned them.

While these early signs seem to favour the Democratic Biden/Harris duo, nothing is guaranteed, and Democrats do tend to vote early.

Regardless of the outcome, this election is likely to have the highest voter turnout in over a century, according to University of Florida psephologist Professor Michael McDonald. Watch this space!”

Winner: Biden/Harris (by a nose)

Copywriter Jack Banister on … Trump v Biden in the Twittersphere

“@JoeBiden has 11 million followers. @realDonaldTrump has 87.2 million. That’s only the beginning when it comes to how different these two are in the Twittersphere.

Trump, the incumbent, is tweeting in his usual style – as he wants, with lots of ALLCAPS, and lots of self-congratulation. Alarmingly, he regularly questions whether the election is rigged.

Biden, on the other hand, is tweeting roughly a dozen times a day, but very much sticking to the script. His policy messages are usually short and sweet, and they tend to focus on stopping Trump policies rather than promoting Biden ones.

In essence, the candidates’ tweets are just a microcosm of their respective personalities. Trump might be outlandish, but I’m not convinced Biden is selling himself well enough to pick up the key states he needs to swing the electoral college back in his favour.”

“With just over 70 million viewers tuning into the circus that was the first presidential debate between the Trump and Biden, Mike Pence would have known that his vice-presidential debate with Kamala Harris, albeit to a smaller audience, would be a chance to air his key messages to millions of voters.

His team of communication advisors would have carefully curated every word and gesture.

Unfortunately for them, and in a perfect example of how easily the news cycle can be led astray, a single fly landed on his crisp white hair midway through the debate, then held on for dear life.

There were no key messages repeated on Twitter. Instead, there was just meme after meme about the bold insect.

Flies aside, I think voters will land back on the Democrats after realising that America has not been made great again, as Trump promised in 2016.”

Associate Megan Berry on … the pandemic and the president

“I wonder if we will ever really know if Trump had COVID-19 given his history of exaggeration and obfuscation?

If he did have the virus and recovered, he can claim that he is fit to lead. At the same time, his recovery downplays the impacts of the virus and is consistent with his response, or lack thereof, to the pandemic so far.

Many of us are still recovering from the shock of Trump’s win in 2016. The extent to which voters believe in his personal and public responses to the pandemic will play a crucial role on election day.”

“Now she has been confirmed, Amy Coney Barrett will glide through the doors opened by Justice Ginsburg and promptly shut them behind her.

A 6-3 conservative Supreme Court majority would undoubtedly advance the Republican agenda and throw landmark legal decisions like Roe v Wade into uncertainty, endangering the educational and occupational opportunities Ginsburg worked so hard to secure for women.”

“I predict a Biden win, underpinned by what looks likely to be a record number of early votes driven by a desire for change.

There are also some 670,854 first-time voters registered, more than double the number at the same point in 2016, according to TargetSmart data.

It’s possible that number has been driven up by Trump’s handling of COVID-19 and the Black Lives Matter movement, both of which bode well for the Democrats.”

Executive Officer Alexander Whittle on … the youth of today

“Young voters are bound as a political group by their shared, existential priorities: climate change, racial equity, same-sex protections and voting rights. Typically, this voter base grows as these issues intensify.

The GOP rushing Amy Coney Barrett’s nomination to the Supreme Court after the death of Ruth Bader Ginsburg is not simply to ensure a conservative judiciary.

It’s a play to enshrine conservative ideology for another generation; to compete against the blooming Democratic youth and bolster a conservative president.

I expect young voters to impact this election by pushing back against that agenda.”

“I distinctly remember feeling confident of a Clinton presidency less than two weeks out from election day in 2016.

My prediction was consistent with what most media outlets were saying, along with the millions of Americans who participated in published opinion polls at the time.

With around 14 seats and 197 electoral college votes up for grabs in this year’s election, I have a sneaky suspicion history is going to repeat itself and Trump will prevail over Biden on 3 November.”

As I mentioned above, I’m very keen to hear your thoughts on the predictions of the Michelson Alexander team outlined above, and as always – if you’re interested in discussing how communication campaigns can support the strategic objectives of your organisation, don’t hesitate to get in touch. 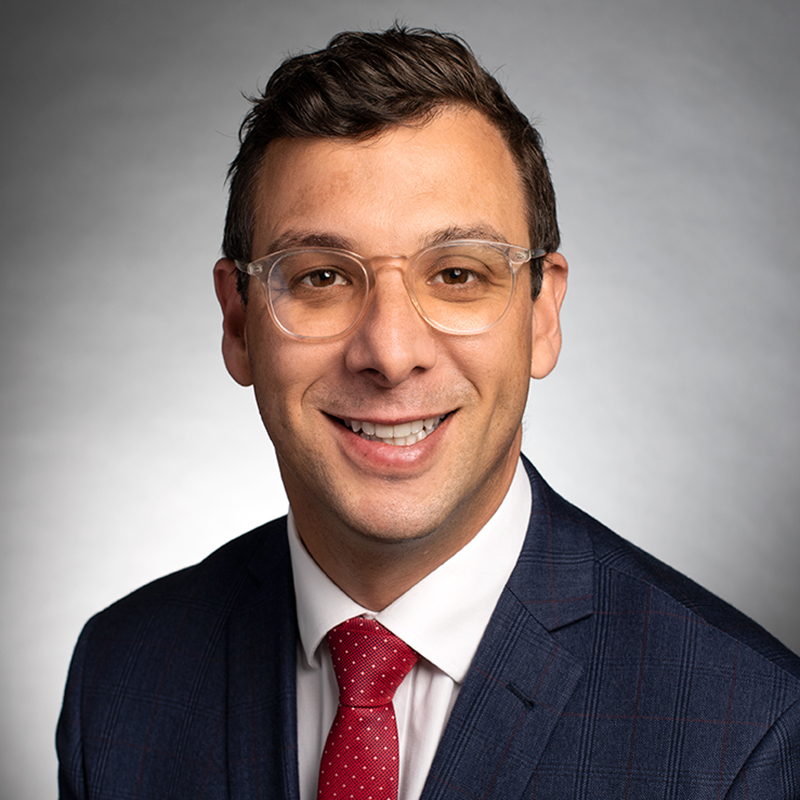